❰ ❱
Okuklije on the Island Mljet offers all you need: protection, fresh seafood in one of its Konobas as well as nicest views
Korčula Island in front the southern coast of Dalmatia in the Adriatic Sea
Croatian bay
Island with lighthouse in the Adriatic Sea
Round Dubrovnik you can often see replicas of historical boats true to the original
sheltered bays in the east of Mljet
fortified city at the Croatian coast
Croatian marina
departure base of Bestsail - Pulena d.o.o. in Marina Spinut near Split
Sailing to Korcula
Croatia

Looking at the sea map offers fast information: In the southern part of the bay coast which is rich of islands, the Croatian Sailing area its domestic character. Large islands awaken the spirit of discovery - that is a good thing, because as reward some beautiful port cities will expect you. Croatia's south is famous among sailors. 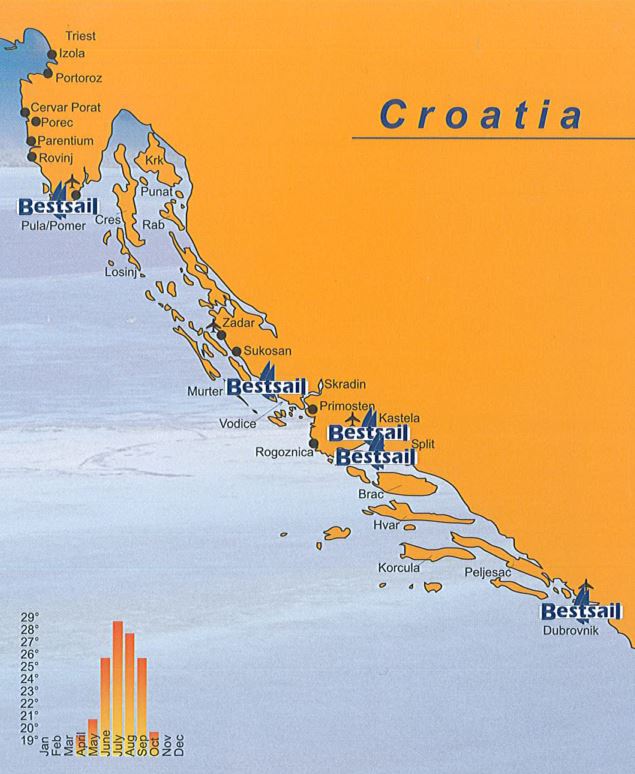 The good flight connections to Split and Dubrovnik to the economic and cultural centers on the coast, are important and the coastal highway did the rest. Now the sailing goals are reachable, where you have to take time if you start from the further north. Here you can enjoy gems like the historic towns of Korcula and Hvar, marked by centuries of domination of the world power of Venice. The furthest Croatian island of Vis and Lastovo are already easy to reach in a week charter, depending on where you start. While a charter base on Murter offers you a trip to the Kornati islands with the archipelago Sibenik and the waterfalls of Krk, the bases Split and Dubrovnik have their focus on many other destinations. From Split or Dubrovnik many new destinations get into the focus. According to wind and weather. In addition to the above-mentioned destinations, there are on all the islands, a variety of coves and small towns where you can stay with the yachts in front of a restaurants or you can use one of the laid out buoys. This is usually free of charge, as long as the crew goes to dinner. 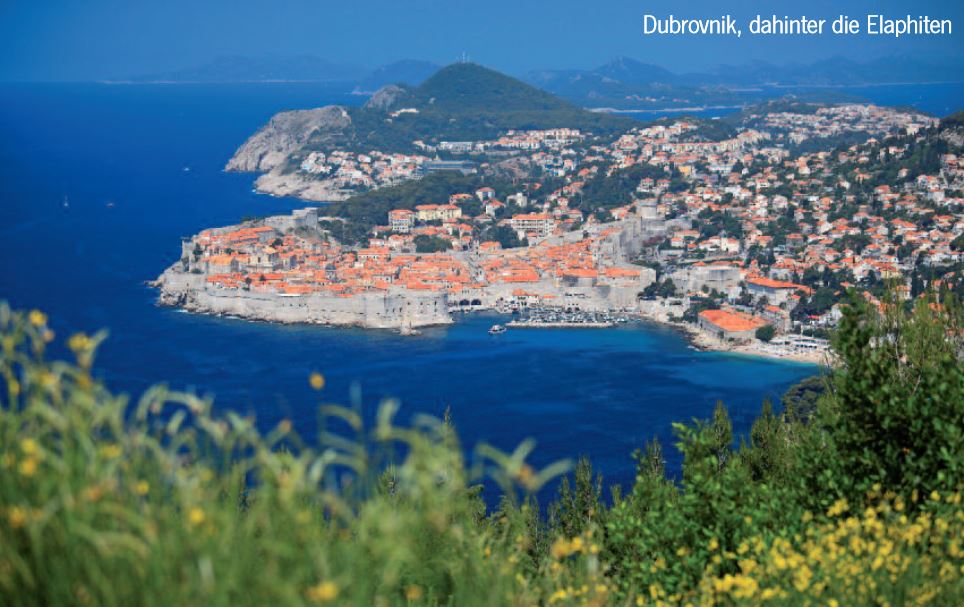 13 islands, directely in front of Dubrovnik. For sailors important Sipan, Lopud, Kolocep. Beautiful reasons to anchor, especially on the south side of Lopud and before the village Sudurad, island Sipan. In Sudurad there is also a small mordern marina for yachts. Not to forget: Plan sufficient time for the historic center of Dubrovnik. Other tips: Sipanska Luka and the harbor village Kolocep.

Mljet reminds of an oversized guard rail for boat traffic in the direction of Dubrovnik. At the westside is a national park consisting of a lake and a monastery island. The fastest way to visit is from Pomena or Polace. On both places you find many restaurants with moorings for guests.

A medieval city as a weir on a rocky outcrop in the sea – you have to see, roam or even better surround it. Marco Polo, the famous travel writer is named to be born here. The nearby marina hasn't so many moorings, you should arrive very early to get a place. 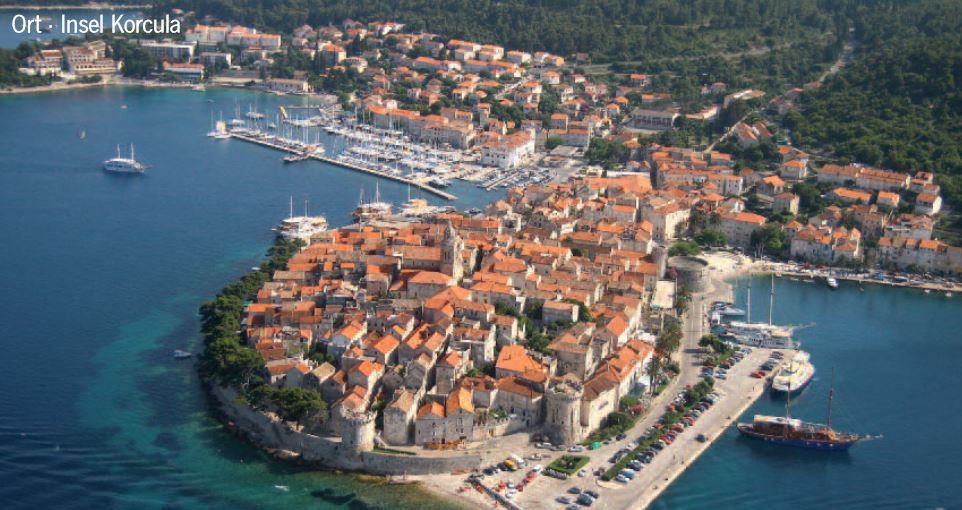 Together with the beautiful Vis, Lastovo once shared a fate: it was a naval base and argely isolated from the outside world. You can see the submarine bunker. In the bays, there are now numerous restaurants with private docks and a hotel-marina. A very popular destination.

You could also baptize the island as restaurant-island for sailors. The westside and the eastside leave no wish unfulfilled. The bays of Prozura, Okuklje, Podskolj and Saplunara surpass almost with their gastronomic offerings. The agony of choice is very high!

The beautiful southern end of the croatian coast. Cavat is a harbour city with only a few moorings  and in the approach path of the airport Dubrovnik. This does not harm its popularity. Known classics and mega yachts take course on this port.