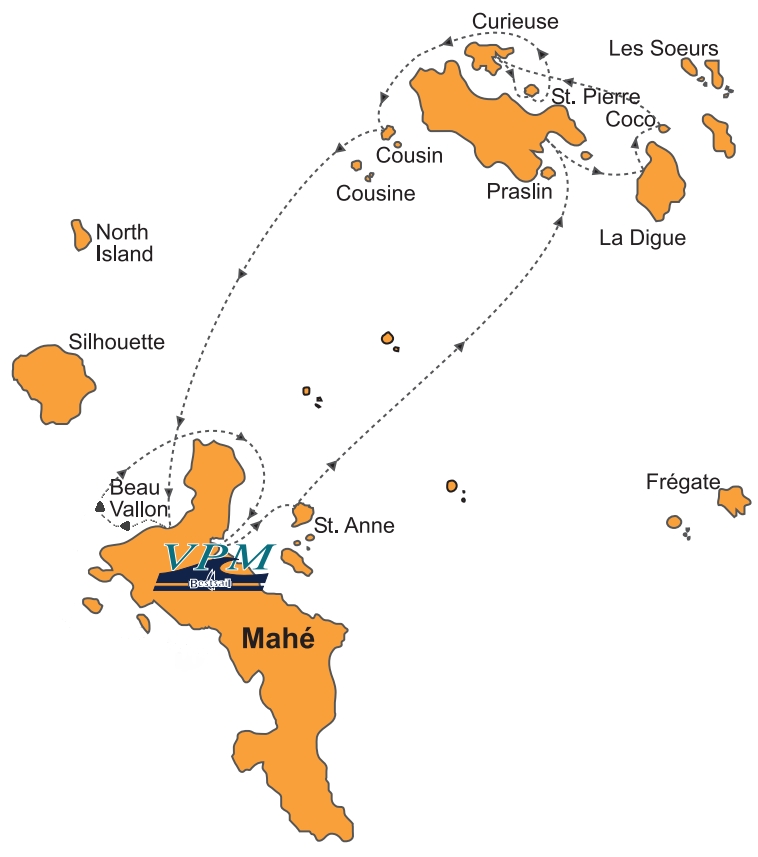 Check-in at 3 pm. Welcome on Board. After the briefing and moving into your cabin your catamaran will move off and take you with a short sail to St. Anne Marine Park. Over 150 types of fish and a fascinating underwater world are waiting for you in this hideaway which is under protection. No noisy watersports disturb the idyll - you may have the opportunity to discover the enchanting nature aquarium via snorkel and flippers under the turquoise water surface. Anchoring in Paradise.

In the morning the journey continues towards Praslin, the second largest island of the Seychelles. You have the chance to visit Vallèe de Mai. The largest part of this forest is made up of palm trees of the Seychelles which are endemic and exist nowhere else. You will rarely get the opportunity to discover such an imposing and almost mystical place. The Coco de Mer carries fruits that weigh up to 48 kg, get up to 30 meters high and can reach an age of 400 years. The sound of the palm trees swaying in the wind is unforgettable. Anse Lazio, today's  intermediate destination lies in the north of Praslin and was rated by several magazines as one of the most beautiful beaches in the world. 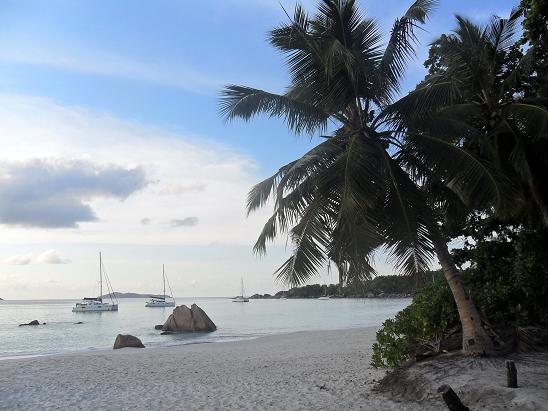 In the early morning the anchor will be hoisted to hit La Digue after a short distance. La Digue is an island which seems to have emerged from a picture book with its introspective beaches, fine white sand, and huge granite rocks. Discover the isle by bicycle or carriage.

La Digue can almost be described as a car-free zone. Visit the antique “House of Emmanuelle” on which the corresponding movie was filmed, the coconut factory and the huge tortoises on the picturesque beach of “Source d'Argent”. Make sure that you do not miss the often photographed “yellow house” during your stay in La Passe, which is said to be one of the most attractive buildings in the archipelago. You will be amazed by the breathtaking sight of Anse Source d’Argent in the evening, around one hour before dusk, when the light gives the captivating scenery a magical illumination. 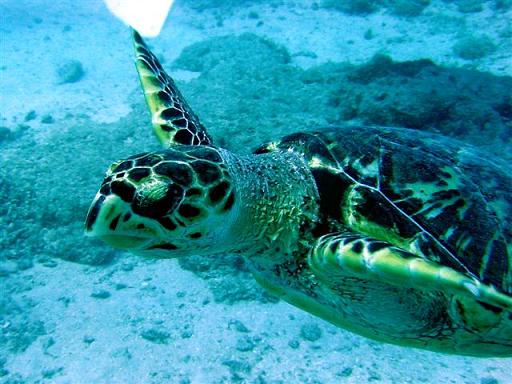 Meet the giant turtles of the Seychelles
You will sail to the island Coco, a “must”, especially for enthusiastic snorkelers. Coco is the perfect little pirate island with bouffant rocks of granite, a small beach, palm trees and crystal clear water with immensely coloured shoals. Next is Curieuse, named after the schooner of the French East Indies company which had been sent to Mauritius in 1768. The island lies around 2 km to the north of Praslin. A short briefing about the “traffic rules” follows because one has to learn that riding on the back of the huge tortoises is not allowed, as well as other information which a respectful guest would know already. In the southwest one can find the doctor's house which originates from the time in which Curieuse was still being used as a leprosy colony. It now houses a small museum. On the island one can observe free roaming giant tortoises. The beach in the southeast and the bizzarre arris granite rocks are worth a side-trip.

St. Pierre is a small rock island in front of the coast of Praslin. Ideal for bathing and even better for snorkeling. Many tame and colourful shoals are cavorting around the granite rocks. Anchoring during the night in front of Praslin. 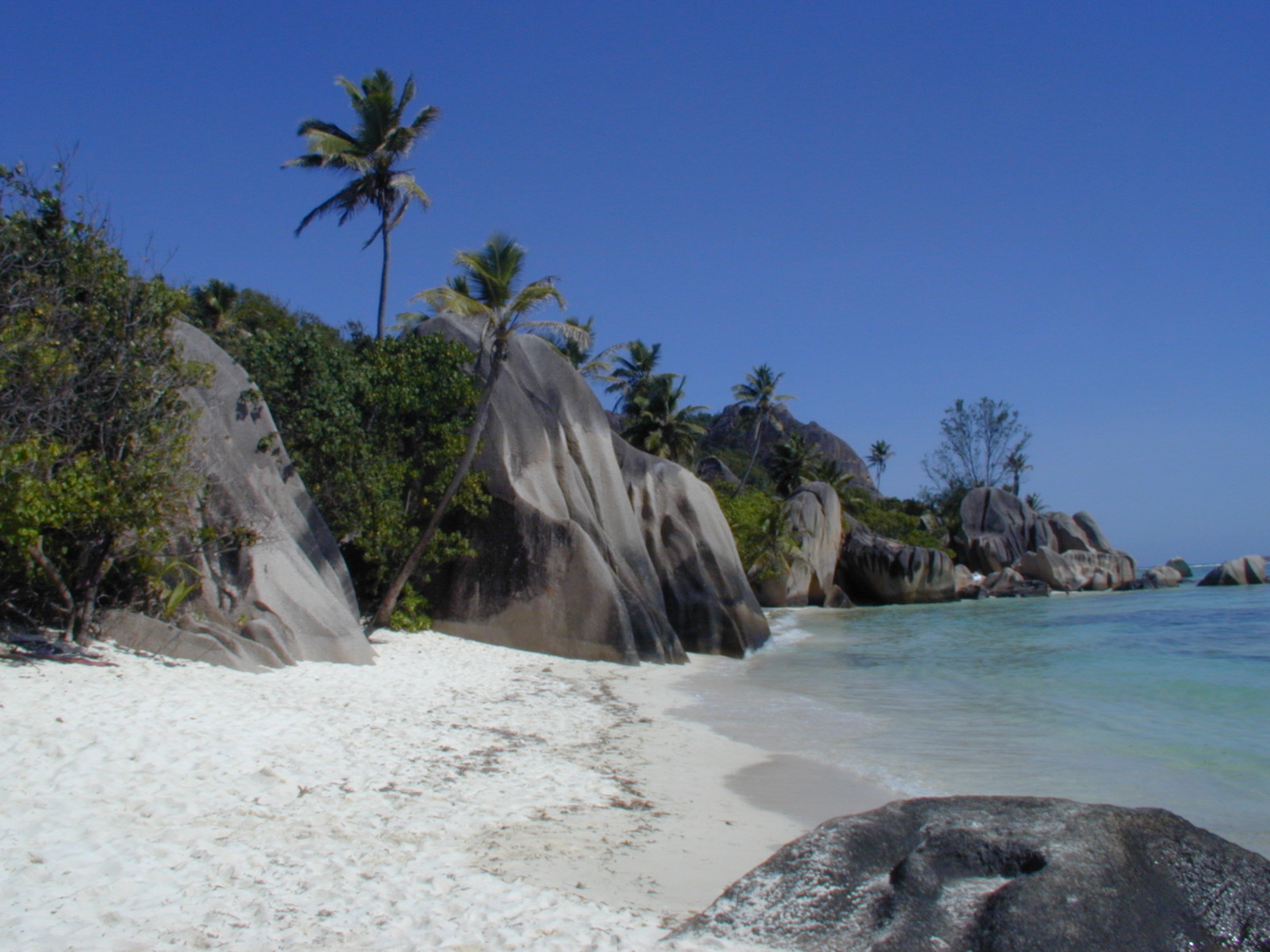 The almost circular island Cousin is around 29 ha big and a shelter for many endangered birds. The island was bought by a council for bird conservation in 1968 and with the help of World Wide Fund for Nature (WWF) became the beautiful nature reserve it is now. Closely observe countless brooding birds in the trees. Visit this bird paradise in which you can find five kinds of birds which are only present in the Seychelles.  Afterwards you sail back to Mahé. Your Yacht will be anchored in Beau Vallon. On this gorgeous beach many kinds of water sports are offered. 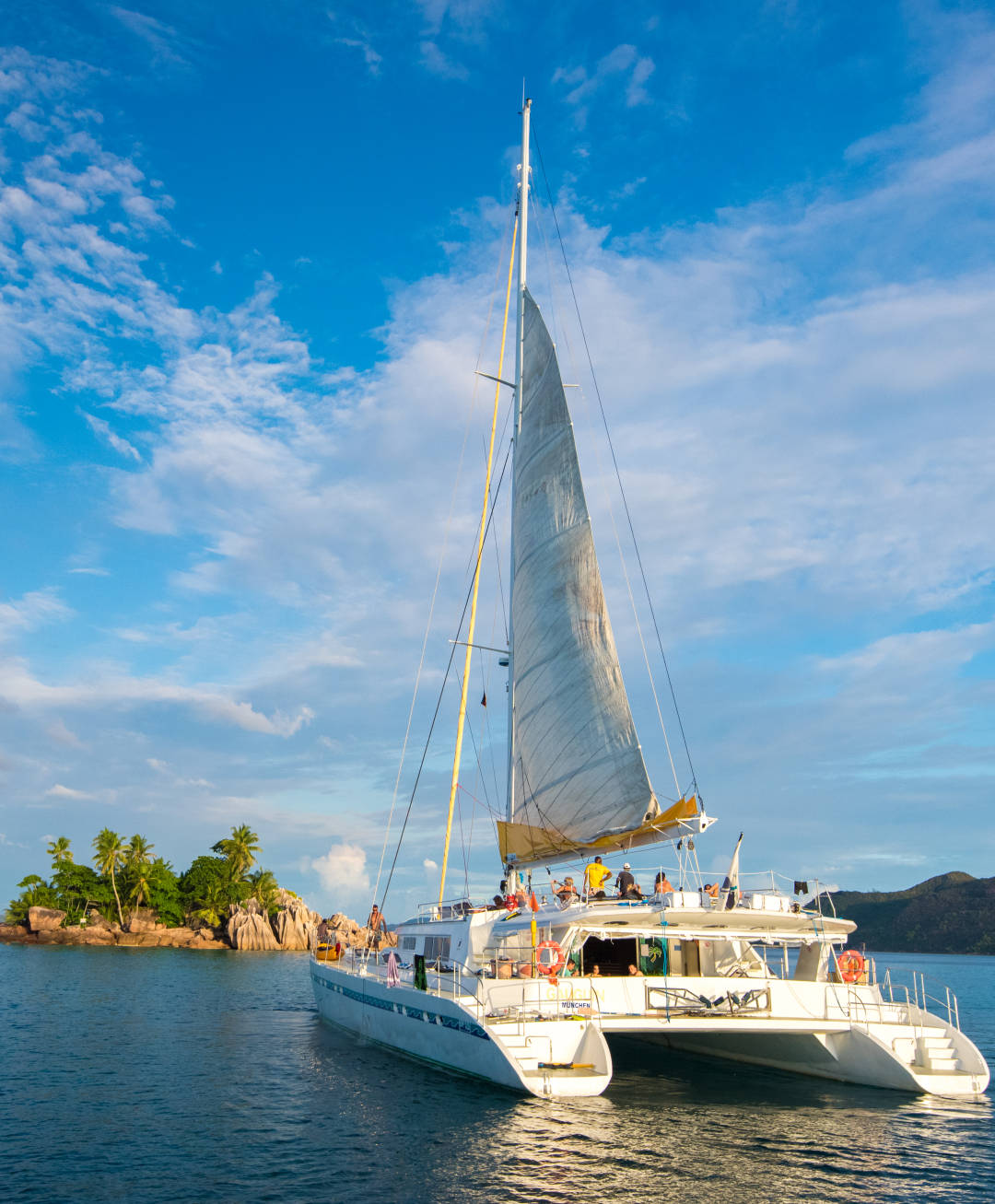 In the morning one of the most beautiful bays on Mahé is visited.  However you can also stop by the small capital Victoria instead. In the evening you will sail to St. Anne or Eden Island, where the dinner will mark the end of the cruise. Overnight stay in St. Anne or in the Base at Eden Island.

In the early morning we unfortunately have to say good bye after the check-out at 8 am. Transfer to the airport or hotel.

(change of the route due to weather conditions, governmental restrictions etc. under reserve)

❱ Wedding, anniversary or honeymoon cabin-cruise in the Seychelles
Saving